Ready for the Road

Ready for the Road

It’s Sunday afternoon and I’m lying on a couch at my garden while hearing some kids biking and yelling at one another (classic!). This reminds me of my childhood when I first learned to bike and then the first time I took my hands off the wheel, amazing feeling. That moment you could feel the bike taking you wherever it wanted, you only had to cocentrate to keep your body in balance so that you didn’t fall. You open your arms, and that’s it, you feel the wind caress your body. But enough with the storytelling.

Google wants to do this thing with your car!

How about driving and taking your hands off the wheel? If you can’t imagine it, you will! Back in 2008 Google launched a self-driving car project, they first modified Toyota Prius then customised Lexus SUVs and finally they designed their own electric car with no wheel, no pedals, just seats, start button and a big red emergency stop button. It was being tested for over a year and as Chris Urmson, the team leader of the self-driving car project, put it in a 2014 blog post:

“Ever since we started the Google self-driving car project, we’ve been working toward the goal of vehicles that can shoulder the entire burden of driving.”

This summer, Google’s self-driving car will make its first appearance on public roads, only in San Fransisco. That testing would take more than two years. The prototype can drive, brake and recognize road dangers without human involvement. The car is summoned by a smartphone for pick up at the location you choose. In the front of the car there is a touchscreen which shows the weather and the current speed. Once the journey is done, the screen displays a message to remind you to take your personal belongings.

Google’s vision for self-driving cars is to become more like shared vehicles, possibly within a family, or more likely as a replacement for taxis. 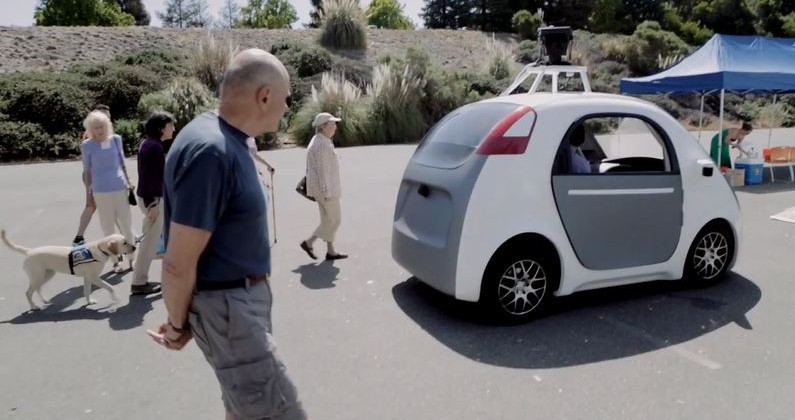 There are many ways that this project is going to make our lives and our “driving” experience a lot better. Some numbers that are worth mentioning are that each year 33,000 Americans die in auto accidents, and 1.2 million people worldwide. Globally, cars are expected to move from the eighth leading cause of death to the fourth.

Google says that humans are at fault in 90 percent of accidents, and the three big reasons are: alcohol or another substance; speed; and distraction by a phone. If we consider the chance to replace our current cars with ones that drive themselves you can eliminate as many as 90 percent of traffic fatalities. I mean this is great!

Chris Urmson in his recent article at Backchannel says that:

If you spend enough time on the road, accidents will happen whether you’re in a car or a self-driving car. Over the 6 years since we started the project, we’ve been involved in 11 minor accidents (light damage, no injuries) during those 1.7 million miles of autonomous and manual driving with our safety drivers behind the wheel, and not once was the self-driving car the cause of the accident.

In two years the technology will be ready for the next stage, self-driving cars are at least five years away from being mature enough to create a real, non-prototype product.

It’s a huge test for Google and for many companies out there, to develop a car that can drive itself and eliminate any chance of accidents. These types of cars will replace the ones that we’re having now and as Elon Musk said,

“Driving cars will eventually be outlawed!”

That’s all from me and I’m anticipating for the moment when I can have sex while driving. For now I can only get that other thing.